We Adopted A Humpback Whale 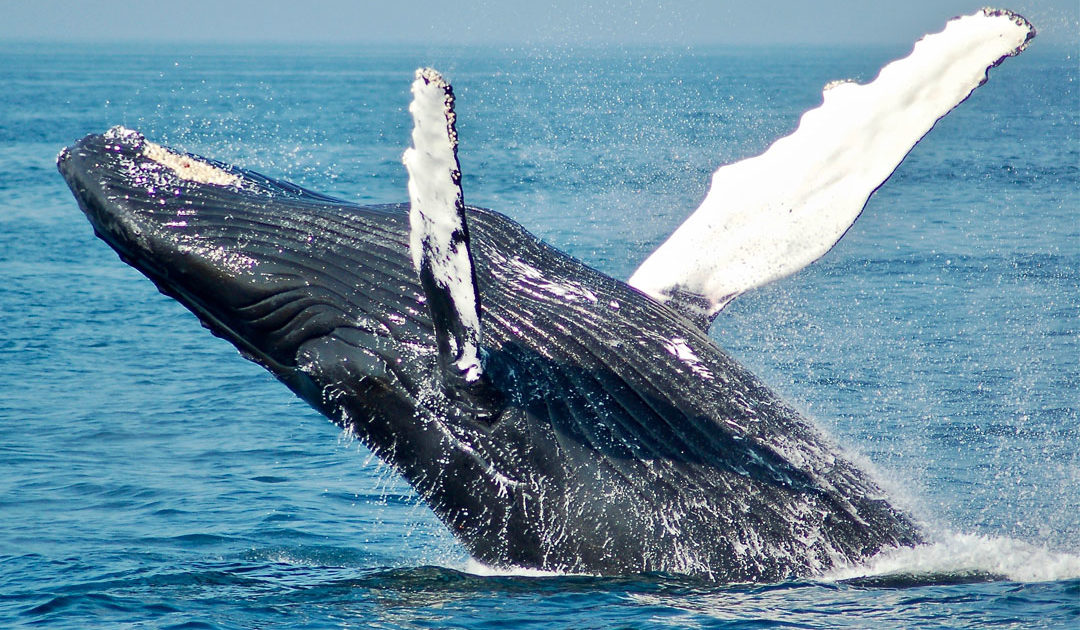 Did you know whales are essential to life on Earth?

As one of the largest mammals on the planet, their eating habits positively affect ocean ecosystems, and their bodies capture literally tons of carbon dioxide in their lifetime. Yet, while most of us are aware of their depleting numbers, we’re oblivious to just how harmful their decline really is.

This was news to us too. So, when we discovered the Pacific Whale Foundation and their adoption program, we knew this was a chance to help do some good for both whales and the planet itself.

How do whales help the oceans?

When whales die, their bodies sink and end up storing tons of carbon at the bottom of the ocean. As their carcasses (which often weigh up to 200 tons!) decay, they end up providing an ample supply of fat and protein to deep sea environments that might otherwise be limited in food sources. This is called Whale Fall.

According to an article by Lara Beckmann from Ecology for the Masses, this phenomenon is a relatively new subject. In 1987, a team of explorers discovered a carcass and mistook it for a dinosaur. Instead, they learned the 21m carcass not only belonged to a blue whale, but that it had become a new habitat for other sea creatures.

There are four stages of Whale Fall:

Whale Fall leads to the creation of some of the most biodiverse ecosystems in the deep sea.

How do whales help with carbon capture?

The lives of whales contribute to carbon capture in extravagant ways. Their bodies (specifically, their skeletons) act as a carbon reservoir, and absorb roughly 30 tons of CO2 during their lifetime.

And believe it or not, their feces absorb four times more carbon than the entirety of the Amazon rainforest. Seriously.

After diving deep underwater to feed, whales return to the surface to breathe and use the bathroom. Thanks to the nutrition they consume, their iron-rich feces float on the surface and become a perfect growing habitat for phytoplankton.

According to the article Nature’s Solution to Climate Change, authored by Ralph Chami, Thomas Cosimano, Connel Fullenkamp, and Sena Oztosun, these creatures, albeit microscopic, absorb 40% of the world’s carbon.

The article also states that even a 1% increase in phytoplankton productivity can capture the same amount of CO2 as 2 billion mature trees do in a year.

Why did Crownhill Packaging adopt a humpback whale?

Protecting whales is not only a highly effective way to protect the health of the planet, but a cost-effective one, too. Based on volume of carbon storage, it’s estimated that the lifetime value of a single whale is worth roughly $2M of carbon capture efforts.

Crownhill is committed to ensuring our actions are as eco-conscious as possible. Through a project with ClimatePartner, our online and digital actions are now climate neutral. We’re also constantly on the lookout for eco-friendly packaging and equipment options, like curbside recyclable mailers and on-demand void fill machines, that we can offer to our customers.

That’s why we feel adopting a whale is one of the most significant investments in our environment we as an organization can make.

If you’re looking to expand your own sustainability efforts, we encourage you to move whale protection to the top of your climate change priorities. Whether you’re an organization or an individual, there are so many ways you can contribute.

We look forward to sharing more about our new family member in the future!

About the Pacific Whale Foundation

For the last 40 years, the Pacific Whale Foundation has been a leader in protecting our oceans through science, education, and advocacy. They lead research projects in multiple locations such as Hawaii, Australia, Ecuador, and Chile. By donating to the Pacific Whale Foundation, you can learn more about their whale preservation efforts, view their sightings throughout the world, and even potentially name one.

You can read more about the Pacific Whale Foundation here.

How Do I Go About Recycling Cardboard?

Why Consider a Career in Packaging Sales...

Everyone wants to have a fulfilling career. In fact, if you’re looking for a new role, you’re likely looking f...

Crownhill Packaging is excited to announce the expansion of our delivery fleet in 2023. These new trucks bring...

What Are The Benefits Of Using Air Pillo...

When packaging goods, one of the most important measures to take is making sure your product is carefully cush...

How Do I Choose The Right Packaging Mate...

Whether you run a small business or manage a multinational enterprise, getting packaging right is a difficult ...